Home Innovation Why the Phone’s Days are Numbered 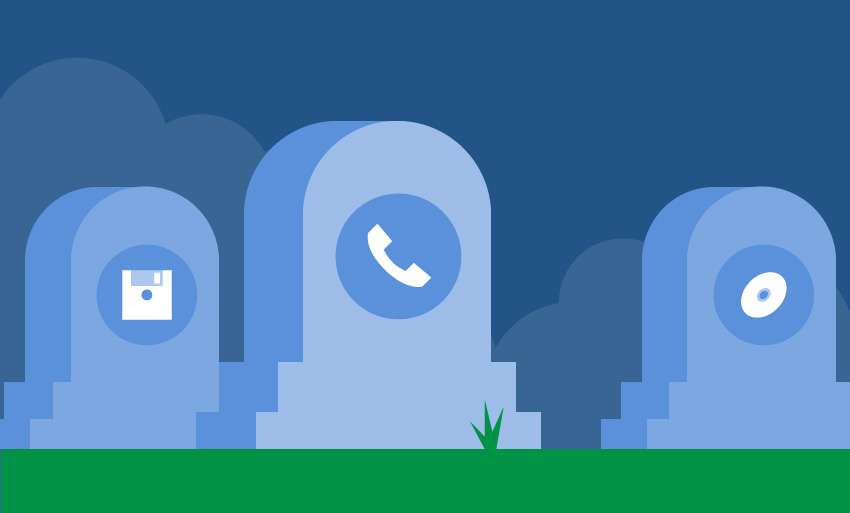 The concept of the phone call as we know it is in the process of dying a slow but eventual death. At nearly 140 years old, its days are now numbered.  The question is, what will ultimately take its place?

When analyzing technological advances, we typically find that the origin falls squarely in one of two buckets – consumer or enterprise – before migrating into the other. For instance, video chat made its mark and matured on the consumer side with Skype and Facetime but has recently been making its way into mainstream enterprise use. On the enterprise side, 3D printing has been around for quite some time. However, it has only recently made its way into the consumer’s hands with the advent of companies such as Makerbot. In regards to the traditional phone call, the core innovations on both the consumer and enterprise side are essentially equal, yet very disconnected. As this connection becomes more established, we should see the traditional phone call’s lifespan shorten dramatically.

On the consumer side, the phone is being displaced on two fronts. First, the very act of speaking is being replaced with both text and picture messaging. Second, when voice is used, analog phone networks are no longer being used. Instead, voice is being transferred using data networks. This data-based consumer-to-consumer communication has been pushing forward with incredible speed over the last year.

While this may sound suspect to some, the signs pointing to the demise of the traditional phone have been there for years. Ask any current college student if they know their parent’s phone numbers and you may find yourself realizing how big this change actually is.

On the Enterprise side, the change is drastically accelerating. It started almost a decade ago with WebEx and GoToMeeting. Microsoft followed suit with Lync, which has now become Skype for business. More recently we’ve seen platforms like Slack, Vidyo, BlueJeans, Zoom, and many others becoming incredibly successful on the same underlying concept.

Phone calls are now becoming more and more uncommon from within the enterprise. This is evident by looking at legacy companies, such as Avaya and CISCO. Avaya just filed for bankruptcy and CISCO is investing a lot into the software side of their business, as their legacy physical phone-based business is dwindling.

The issue with legacy phone systems is that they remove all the context from the communication. The context contains everything from the consumer’s intent to authentication. Take a look at any banking app, click the contact us link and what happens? The consumer is taken out of the app, removing all the data of what they were trying to accomplish. Thus, all of their authentication is gone and is placed into that same legacy phone system introduced at the very beginning. When a connection is finally made, the business has lost everything they should know about the consumer ahead of time. The consumer has to start the process all over. This is not an efficient experience.

There is tremendous potential in both increasing customer loyalty and reducing costs with data-based communication. If businesses can understand consumers the moment they reach out, the businesses can not only ensure that the agent on the other end of the line knows exactly who the consumer is, but also why the customer is calling. This allows businesses to leverage advanced algorithms and machine learning to ensure they are communicating with the right customers and matching them with the right operators.

The adoption of data-based communication is on an exponential pace for both the consumer-to-consumer and the B2B side. Businesses have started to adapt with technology like chat and the ability to use data-based voice and video.

This is not without its challenges. One of the reasons the phone call has been so successful is that it’s common protocol and is open and shared across businesses. However, this may not be needed in the future. Once we arrive at a time and place where this is no longer the case, there really wouldn’t need to be a reason for the traditional phone or phone call to exist and person-to-person communication will have evolved into a next-century solution.

Gratitude and Growth: Taking Digital Customer Service to the Next Level