Home Technology Skype Will Die Sooner Than You Think 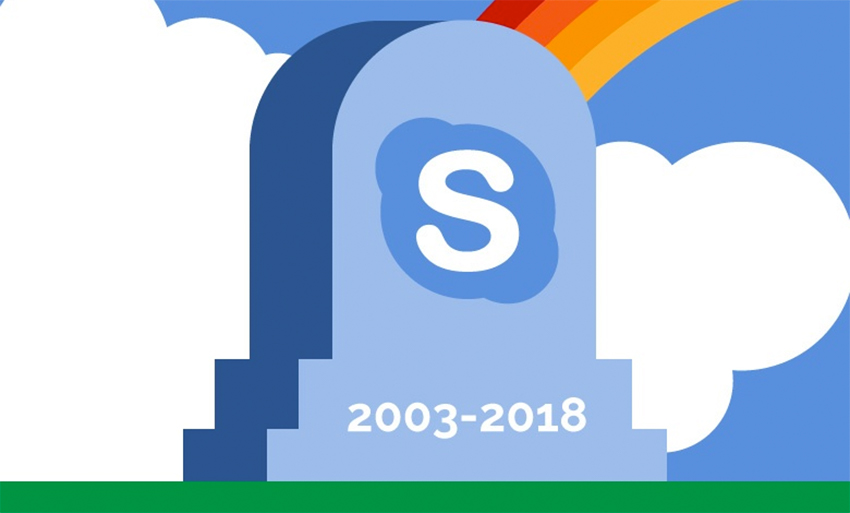 It has only been two years since Microsoft purchased Skype for $8.5B (at a time when Skype was generating around 800M in annual revenue). While Skype’s revenue may have grown slightly since then, I would bet the farm that that the software will be dead (or in a vegetable state) in less than 5 years. Is that a bold statement? Not especially because if you think about it, what does Skype really have going for it at this point? Let’s take a look at some competing products and why they all have the potential to render Skype obsolete.

1. Hangouts / Gtalk – Built into pretty much every new Google product, hangouts is better than Skype in several ways:

2. FaceTime – Built into pretty much every Apple product, FaceTime is better than Skype in the following ways:

3. WebRTC’s ecosystem – Released by Google but gaining widespread adoption into every browser and is better for a number of reasons

Skype’s Competitive Edge has been killed by WebRTC

So Skype is definitely starting to sunset. It used to have the unique ability of connecting computers using their extremely complex peer-to-peer connection network (that was able to penetrate firewalls). This network was critical for Skype because it was very hard to build (therefore extremely hard to replicate). However, the advantage will be rendered obsolete with the widespread release of WebRTC (Google’s in browser peer-to-peer connection protocol). WebRTC is just starting to allow developers the chance to connect computers using an in browser peer-to-peer network that was previously not possible. Even other great alternatives such as Hangouts & FaceTime still have the limitation that they require additional software or installation. Because WebRTC is browser based, all you will need is your web browser. In fact, in less than a year, WebRTC already has over 1B communication endpoints.

Microsoft recently enabled users of their (Skype-esque) corporate software Lync to communicate with Skype. I believe Skype’s only hope for survival is in the enterprise market. The enterprise market is good for Skype for three reasons. First, the software is owned by Microsoft, which opens the door to quick widespread adoption. Second, enterprise companies value security and are willing to put their trust in an established software rather than the unproven (albeit better) alternatives that will soon be available. Last, the Skype & Lync partnership will increase the numbers of parties that can communicate amongst each other.

SMS Can Energize Your Customer Experience … Or Detract From It