Home Customer Experience Five Ways To Become an Influencer Inside Your Company—And Why You Should... 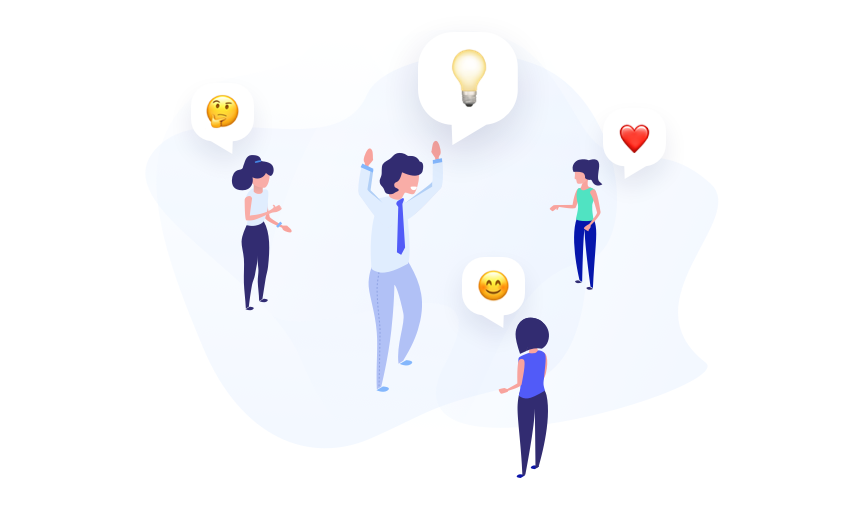 We tend to think of networking as creating new connections outside of your company. While this is true, it’s important not to underestimate the power of strengthening bonds within the workplace. While garden-variety schmoozing might inch you closer to that promotion, positioning yourself as an influencer takes more effort and strategy is the smarter long-term move.

So what makes a true internal influencer? According to a McKinsey study, “they’re people who other employees look to for input, advice, or ideas about what’s really happening in a company.” In other words, they tend to be everyday MVPs rather than corner-office head honchos. Plenty of savvy, successful companies spend a ton of time and money identifying true influencers within their organization, because their value is huge, says Internal Marketing expert Alex Bourgeois: “These influencers can positively impact morale, how hard employees work, and what they think about the future. They can be active architects, build positive inertia and convince the more skeptical employees that organizational decisions are the right ones — something management can’t do via email or Powerpoint.”

If you’re looking to become an office MVP, here are some tactical ways to get you there:

Break Out of Your Silo

Look to be involved in projects that allow you to work alongside teams in other departments. It’ll introduce you to a slew of (mostly) new people with whom you already share something in common—(you work for the same company!) This allows you to gain some fresh perspective on the business as well as a better understanding of how each department helps the larger machine function.

It sounds simple, but organizing once-a-month, post-work brainstorming sessions—Canadian entrepreneur Jonathan Ages calls this “Think & Drink”—can send a message that you’re the glue that holds groups of colleagues together. The relaxed, post-work atmosphere, whether the drinks are caffeinated or alcoholic, could allow ideas that were pent up in cubicle culture to finally flow freely. Even coworkers who are usually more quiet and reserved will likely loosen up thanks to the friendly, offsite vibe.

A conversation with a colleague that starts in the elevator or the company cafeteria doesn’t have to end there. Following up with a text or email solidifies the connection and says that you’re invested in their project or idea, (“As promised, I’m introducing you and Brenda via email…” “Here is a link to that cool article I told you about..”) Plus, it puts you ahead of “95% of your peers,” writes networking expert Keith Ferrazzi in his 2014 bestseller “Never Eat Alone.” “The fact is, most people don’t follow up very well, if at all.”

Find A Mentor—and Become One

By now, the benefits of forging long-term relationships with employees above and below you should be fairly obvious: It widens both parties’ networks, sows the seeds of leadership, offers a 360 view of the company and adds an enriching element to the workday. Less obvious is the potential boost to your bank account: One study showed that employees who took part in a mentoring program were 20% more likely to earn a raise than those who did not, and that mentees were promoted five times more often than those who were not mentored. But let’s say your company doesn’t offer a formal mentoring program? A true influencer takes the initiative to start one.

This could mean talking less and listening more during interactions with coworkers. Ask lots of questions, truly listen to the answers and then ask informed follow-up questions. In the bigger picture, being constantly curious involves seeking out career-development webinars and workshops, and asking if your employer will foot the bill. Even if the answer is no, you’ve still sent a message that you’re energetic, eager to sharpen your skills. And whatever the result, you won’t have wasted your time. Who knows? You might end up learning about a new platform, software, system or other  innovation that could solve a problem for your bosses—or your customers.

Digital Customer Service is Not Just for Digital Natives Anymore

Meeting Your Customers Where They Are